The Star of Symphony by Ashley 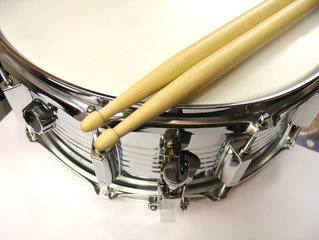 On February 15th, 2018 we have the New Moon, Solar Eclipse occurring in Aquarius at 1:04pm PST. The Sun and Moon line up in the nakshatra of Dhanishta in Vedic Astrology. Dhanista is called the star of symphony. This lunar sign is within the solar signs of Capricorn & Aquarius from at 23.2 degrees to 6.4 degrees.

This star is symbolized by a drum, which connotes meaning of temporal themes, such as time-keeping, rhythm and dance, and also the inner ear for themes around listening and hearing. Listening is different from hearing. Hearing is merely absorbing the sound vibrations of words on a surface level. Listening is absorbing the sound that words make to derive meaning on a deeper level. It is picking up on the subtle inflection of tone and nuances of silence sprouting within the conveyance of words.

Before I sat down to write this, I received the inspiration to elaborate on the eclipse enerty after I drew my daily card spread to begin my day. It was rather swordsy. For those familiar with the Tarot, the Swords have a reputation of foreshadowing rather unpleasant circumstances. Swords are sharp, and therefore typically produce an experience of pain. However, swords are also used as a useful tool when they are cutting something, rather than cutting you or someone you know. It’s overlooked that the swords cards can cut through fog for clarity and cut through a marsh of details to get to the heart of the matter and so on. Not all sword cards are “bad”. For example, I drew the 2 of swords, the 4 of swords, and the Ace of Swords, which all indicate “quiet” cards. Also being that they were paired with the Hermit card would amplify this theme. The message is really about listening by going within, finding solace, peace of mind, and clear answers from introspection.

For me, the Hermit also indicates there is a guide present to help, in addition to my own inner-guidance. I decided to draw two cards from a Goddess deck for an additional message. The guide revealed herself to be the Lady of the Lake, a Celtic goddess who bestows kingship. What an fitting energy for the eclipse, as the Sun (the cosmic king) and the Moon (the cosmic queen, or goddess) come coming together as a New Moon in Dhanishta. The second goddess card I drew was Kuan Yin, goddess of infinite mercy and compassion. Her name means, “she who listens to the sounds (suffering) of the world”. The star Dhanishta straddles Capricorn, which deals with public corporations and businesses, and Aquarius, which deals with groups and organizations that serve humanitarian goals. Social reform progress is strong with the help from merciful and compassionate Kuan Yin, who not just hears, but listens to the suffering of this world.

Music is a higher revelation than all wisdom and philosophy – Plato

Music is beyond words and sounds, it is the symphony of nature; the rhythm of the world. Listen to what your environment is telling you, and go within to find the answer.