The Cosmic Body by Ashley 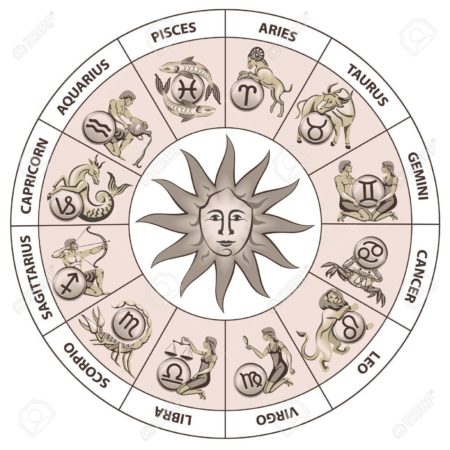 In Vedic Astrology, we have what is called the “Kala Purusha”, which is Sanskrit for the “Cosmic Body”. Kaala means time, and Purusha is the (male) universal entity who is beyond time. The Zodiac is said to represent the body of the Cosmic Man. The Cosmic Body is also a reflection of our physical bodies, because “as above, so below, as within, so without, as the universe, so my soul.”

The body is categorized as thus: Aries is the head and brain, Taurus is the Face: eyes, ears, nose, mouth, Gemini is the neck, shoulders, arms and hands, Cancer is the Chest and Heart, Leo is the stomach, Virgo is the hips, Libra is the space below the navel, Scorpio is the genitals, Sagittarius is the thighs, Capricorn is the knees, Aquarius is the calves and ankles, and Pisces is the feet. This makes sense given the functioning of our body parts as to how they line up with the qualities of the solar signs’ tendencies.

Aries rules the head and the brain. The sign is symbolized by a ram, who uses his horns to head-butt rivals. The fast and forceful thrust of the head is a rather telling metaphor for wanting to enthusiastically and unscrupulously dive in head-first into any challenge, adventure or uncharted territory life presents. Aries likes to forge their own way, and being that they are a cardinal sign, which gives the tendency to enjoy initiating things, they are very much like the newborn entering the new world head-first. The fast-firing of the brain synapses represent the quick and bright intellect Aries has. This is a sign of innovative ideas followed by swift action.

Taurus rules the face and throat. Venus rules Taurus, which is the planet that gives beauty and aesthetics. Faces that are inherently beautiful to look at are a result of Venus, otherwise, Venus also represents makeup. Kidding. Really though, we hear that Taurus is a “sensual” sign. Do we really know why this is, other than it’s an earth sign, just like Capricorn and Virgo? It is because Taurus rules the face and the 5 senses that allow us to experience life through our senses for the sake of pleasure. The visual, auditory, gustatory and olfactory senses are all experienced through our face. Touch is felt through receptors on our face, as well as the rest of the body. Therefore, I would deduct that Venus is skin in general, possibly spawning the term “beauty is skin deep”. Taurus is rather robust and has gained a reputation for being a bit thicker in body type. This is because Taurus rules the mouth and throat, including the pleasurable food (Venus) we put into it.

Gemini rules the neck, shoulders, arms and hands. Gemini is ruled by Mercury, which gives the quality of dexterity and skill through the hands. The arms work in a pair, just like the twins that symbolize Gemini. The shoulders give movement to the arms, just as Gemini is a dual, otherwise known as “mutable” sign. This means that it is flexible and has a wide range of influencing motion. The neck gives the skillful communicative abilities that Gemini possesses, as well as the ability to turn the head to focus in every direction of the immediate environment in which Gemini likes to explore due to its curious nature given by Mercury.

Cancer rules the breasts and the heart of the Kala Purusha. The breasts function to feed and nourish children of the mother. Cancer is the archetypal mother, and her ruler, the Moon, is the cosmic mother. Although, I do personally have some reservations accepting certain aspects of how the heart is wholly associated with Cancer. It’s easy to understand the association of the heart representing Cancer taking into consideration the moon’s rulership, because one of the most important lunar qualities is pure unconditional love from the mother. This is a crucial reason as to why Cancer is seen as the heart, however, I have pondered the alternative of the heart as also being associated with the following sign of Leo.

Leo rules the stomach of the zodiacal Kala Purusha. Leo rules the stomach, because it is where we feel satiated and full; from food-fuel, but also from a fulfilling life-purpose. Wanting the lion’s share refers to a healthy appetite for life and food.  The stomach holds strong digestive fires. The solar plexus chakra is present within the stomach region, an area attributed to mars, which burns and metabolizes our food, similarly to the Sun’s functioning in relation to nature. Personally, I can more easily see the connection of the cosmic man’s heart to the Leo lion than the Cancer crab. The heart of the lion is an expression indicating courage, fortitude and strength. The royal colored, Purple Heart honors courageous soldiers wounded in battle. Also, it’s interesting to note that not only does the Sun rule Leo, the color gold also rules Leo; gold like the color of golden beams emitted by the Sun, and gold like the gold mineral. We are familiar with the saying, “a heart of gold”. It’s not just an expression of a charitable person. It’s also quite literal. There is a natural occurrence of gold in the human body. The trace elements of gold are primarily found in the blood, but mostly around concentrated regions of the heart chambers. Cancer is ruled by the moon and the color silver. Silver as in the silvery moon, and also the silver mineral. I am thus far unaware of any reference to the “heart of a crab”. I see a valid alternative interpretation, though I do respect tradition. In the Kala Purusha, Cancer rules the heart and Leo rules the stomach.

Virgo rules the hips. I have also heard this sign rules over the intestines, which has the meticulous and discriminating job of sorting out what nutrients the body needs to use, store and what to expel; much like the organizational abilities of Virgo, to arrange things for optimum functioning.

Libra rules the space below the navel, medically known as the hypogastric region, which houses the small intestines and bladder, although, the Libra rulership also includes the Liver & Spleen, which filter blood and fight infection by keeping your body fluids in balance. The function of Libra is to restore balance and harmony, or create imbalance in order to find balance once more. Even though in general, Scorpio rules the genitals, I would propose the female reproductive system to be included under the Libra rulership as well, because the womb is “the space below the navel”. The ovaries take on a similar shape as the Libra’s balanced symbol of the scales. Venus is the ruler of Libra, as a feminine planet responsible for female reproduction, so this association would make sense.

Scorpio rules the genitals. Scorpio themes are of death and regeneration, just like the organs that deal with reproduction. Le petit mort. I see Scorpio as being the male reproductive system, as the masculine planet Mars is the ruler of this sign. Either way, this is a powerful sign that is associated with a powerful and instinctual nature of the cosmic body.

Sagittarius rules the thighs. This gives freedom and mobility to move around, just as Sagittarians are pegged for being explorers and travelers. Capricorn rules the knees. Aquarius rules the calves and ankles. This allows for flexibility or rigidity. Capricorn and Aquarius are both ruled by Saturn, which represents the solid structure of our skeletal system. These bones are strong and sturdy enough to carry the weight of the rest of our bodies, and allow for us to progress in life one step at a time. The knees, calves and ankles have the daunting task of being responsible for bearing the weight of the rest of the human body, much like these signs’ task of being responsible for social structures, institutions and organizations of a larger body of people.

Pisces rules the feet. This is a spiritual and transcendent sign, whose philosophy is “all are one”. Holistic health practices remove toxins from the body by drawing them out through the feet. Just like how we can see on a foot reflexology map illustrating all the organs of the body corresponding and connecting to different areas of the foot, Pisces has an incredible awareness that we are all connected. This empathetic sign has such compassion for humanity from acutely feeling the pain of the world on a personal level.

The Cosmic Being of the zodiac is you, and me. The Cosmic Man created people in his own image. We are stardust. We are walking reflections of the zodiac.