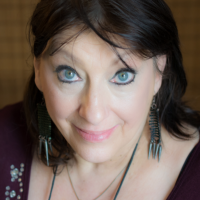 Messages from Dreams | by Monica Sorce

My first psychic nudges started through my dreams. I would have dreams that were different than the others.  More vibrant, louder, more in your face.  In the beginning they always foretold death.  I would have a dream, wake up, and the events of the dream would then begin to unfold, like watching a movie again.  After it happened over and over I began to get slightly suspicious.

After a while those “special” dreams showed other  situations which now I knew I should be taking notice of.  I will share one of those dreams and how I interpreted it, and how it manifested in the waking world.

Years ago I had the most amazing cat named Oba. He was a beautiful huge cream half-Persian cat with the sweetest personality and a deep sexy meow. I had a dream that we were on top of a mountain ledge.  The skies were grey and blustery.  Oba then fell from the mountain ledge and fell very far down to land below.  I made my way down to find him and when I got there he was now a lion.

I woke up a bit bewildered, trying to figure out what was this dream trying to tell me.

A few days later Oba became very sick, but with a few vet visits he was back to his beautiful Oba self.  Then like a ton of bricks it hit me.  What the dream was trying to tell me was Oba was going down hitting bottom.  The  lion represents success and is a symbol of the sun.  So even though he was getting sick he would successfully recover and be strong once again.

So when you have one of those “special dreams” try to decode the symbology and you will see the messages coming to you through the dream state.

Monica was born and raised on the east coast, and migrated to L.A. in 1993.  She is clairvoyant and clairaudient, and uses both of these gifts in her Tea Leaf Readings.  She has been a spiritual adviser f... Read more