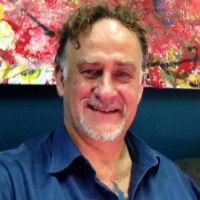 Joe is a father, a college professor, and a writer. He has a doctorate in clinical psychology with an emphasis in the work of Carl Jung, and is a licensed psychotherapist with a practice in the Pasadena area. He is also a certified hypnotist, NLP practitioner and Reiki level 2. Last but not least, Joe is a magickian who has explored and practiced the path of magick for 35 years.

Joe began his studies as a solitary practitioner of Ceremonial Magick. He eventually became a member of three different Golden Dawn Orders, completing his work in the outer order in 2003. Since then, he has continued to study and teach on a broad range of magickal topics and has been a founding member of four magickal/pagan groups: the Kaotic Order of Adventurers Seekers and Sorcerers, The Fellowship of the Gods, The Magus Project, and The Association of Pagan Therapists. He has also studied Qabbalah, Witchcraft, Hoodoo, Thelema, Enochian, Obeah, and Chaos Magic. He will be opening a website of courses on 21st century Kabbalah sometime in October just before the end of the world because — well, when else would a Chaos Magician do something like that?

Ceremonial Magick: Introducing Dr. Joe Futerman Joe is a father, a husband, a college professor, and a writer. He has a doctorate in clinical psychology with an emphasis in the work of Carl Jung, and ... END_OF_DOCUMENT_TOKEN_TO_BE_REPLACED