Today’s transits can be felt by the tension of the Mars-Venus opposition encroaching. This would put strain into our relationship, or we may feel the growing pressure to implement change for a dynamic that is no longer working. If lately, you have been feeling that things are a bit “off” in relationships, you are not alone. We are collectively on the precipice of a breakthrough. Ultimately, we are wanting more. More connection, more intimacy, more pleasure. It’s no ordinary Mars-Venus opposition however. The intensity is amplified by the opposition pairing up with Rahu/Ketu (the lunar nodes who are always opposing each other in the chart). We have Venus with Rahu in Cancer – the amplified desire for more pleasure and enjoyment in our lives. There may be a feeling that something is missing, because we have Mars-Ketu. With this aspect, it can give a feeling of emptiness in relationships, or like we somehow don’t matter. With Venus/Rahu, there can be a general feeling of unfulfillment. Many people are wanting to find their soul mates right now! If people aren’t already partnered up, there will be a desire to find something more meaningful and from the heart.

On a larger scale, just looking at Mars-Ketu, this can be a time where we see more violence, terrorist attacks, (nuclear) threats, or just plain stupid militant actions/agreements. Ketu is a shadow point. It’s not actually a planet, but it can be likened to a malefic who has a body but no head, logic or sense. Translation = taking actions without really thinking them through. Mars is the action planet. It rules Aries and Scorpio and is exalted in Capricorn and debilitated in Cancer. For example, Mars in Scorpio would be equivalent to a cage-fighter or street-fighter. Mars in Aries would the prototypical Soldier. Mars in Capricorn is the general that gives orders to the soldiers. We currently have Mars in Capricorn (conjunct Ketu, the “headless” shadow planet) opposite Venus in Cancer (conjunct Rahu, the “head without a body” shadow planet). We can see the actions of our current government as not being thoroughly thought-out, impulsive actions that don’t bring many beneficial results.

On a mundane level in our personal lives, it can feel like we are fighting a shadow. Something that is intangible, but somehow feels threatening. We may not know what it is, or what this shadow represents. To make the most of this transit, Mars in Capricorn is asking for discipline. We can be disciplined, be willing to do the uncomfortable hard work, without a lot of immediate results. It is a great time for taking precautions, preventative measures, and applying spiritual discipline.

Ketu is the most spiritual influence in our charts. It represents detachment, loss, severance, letting go and liberation. People hear liberation and they think, “wonderful!” But it’s liberation from things that we have attached to: ie, our security. If they are unhealthy attachments, it’s time to let them go, or they may be plucked from a tight grip. Sometimes Ketu removes things that we don’t want or no longer need. But other times, it removes things we didn’t ask for. Ultimately, it is preparing us for shaking loose from this material world. Loss is good practice for the final liberation. 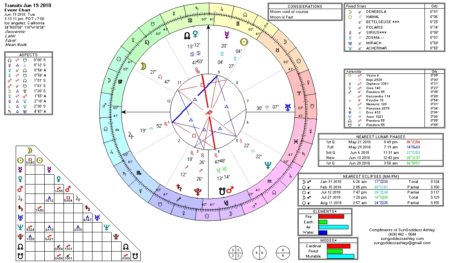